Closing the Curtain on 2015

2015 was one of the most volatile years of my life, and with me, that's a difficult feat to pull off.  I realize volatile has a negative connotation, and yet I don't entirely mean it that way. Not entirely. There were a multitude of moments over the past 364 days that encouraged me to throw my hands up in the air and say F$%^ this S^&*, and there were times when that's exactly what I did, at least momentarily.

This past year, I lost my dog Cinn, my best friend and companion of 10 years, to a mystery illness that took her life rather suddenly but as peacefully as possible. Heartbroken doesn't come close to describing how I felt, and still feel, over the passing of my precious baby girl.  My personal and living situation changed drastically, which is as much as needs to be said on that topic, since those who need to know the actual details know them.  One of my closest friends died unexpectedly of a heart attack at the age of 38. So if you asked me a couple of months ago how I'd summarize 2015, I probably would have said simply said "good riddance" and walked away. Because while I don't want to dwell on the difficult times, I certainly don't want to relive them. 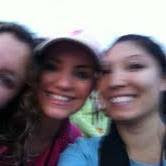 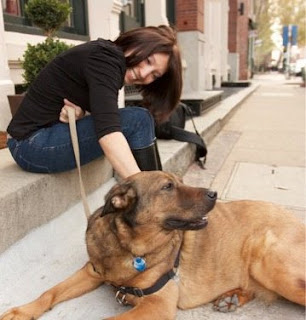 But about two months ago, life started to shift for me. First and foremost was the conscious change I made in my overall view of life and of myself. Now let me clarify a crucial point: my mood cycling is an illness, NOT a product of a bad attitude. Nor is anyone else's mental health condition a product of theirs. So for those who think "hey, all she needed to do was look at the glass half full", well.... I'd cover your ass if you don't want my foot up it. I still cycle. Plenty. Maybe not as I have in the worst of times, but I do. The difference is that I've started valuing myself a great deal more, and in doing so am taking better care of myself emotionally, mentally, and physically. I'm going to bed earlier; I'm working out more often; I'm trying to eat healthier, albeit not as healthy as I would if it weren't holiday season; I'm doing yoga and meditation consistently (or more consistently). This doesn't by any means prevent cycling fully, but it helps to not encourage my brain to cycle even further. As my brain has cleared a bit, I've been able to see the beauty in my quirks, my differences, and I've begun to love that part of myself more. I've never hoped to be normal or cool (quite frankly those I'd be bored to tears), but there have been times in the past  where I've been persuaded into thinking that those traits that make me unique should be quelled and hidden away. I am no longer allowing that to happen, and as such am, for the first time in ages, comfortable and confident with who I am as a person, faults and all.

Coincidentally, or not, as I've stopped worrying so profusely that my condition is a liability to me and those close to me, my life has taken some positive turns. First, I adopted a new dog, a two year old long-haired brindle mutt named Grace. I thought I'd need just about forever after losing my Cinn, but I realized that she wouldn't want that. She'd want me to give another homeless dog a loving and caring forever home, and when I saw Grace's picture and read her story, I knew she was for me. Not to mention the fact that I happened to learn of a dog named Grace in need of a help on the weekend that the Pope was visiting my city. If I believed in signs, that's as sure of one as I've ever seen. Secondly, we know by now that I don't talk about relationships on here, particularly not current ones, but let's just say that are of my life is one of those positively shifting situations. I feel so incredibly lucky in this particular turn of events. Relationships have historically been quite... um... rough for me. For possibly the first time, I'm not trying to change myself for somebody else. If you've ever attempted to change greatly for someone, you know it's a recipe for disaster in so many ways, and it's incredibly refreshing to just be me. (Clarification here: this is not to blame anyone from my past, it's that I'm glad that I have the confidence to not feel the need to be anyone but myself). Moving along, I'm under contract to buy a condo in the city. After 8 years of renting, I decided to finally take the plunge back into home ownership. I haven't said much on this as there are still some things to iron out, but I'm crossing my fingers that if everything goes well, I'll be closing at the end of February.

So my summary of 2015: It took me on quite a ride both literally (I traveled to Morocco, Portugal, and Mexico this year), and figuratively. I would not want to relive the downs, most notably because of how painful they were to others involved, and because they included the passing of loved ones - who'd want to relive that? And I can't even say that the ups balanced the downs, because as amazing as the positives are, that feels like putting a price on someone or something's life which, needless to say, I could never do. What I can say is that I am excited to ring in 2016, and I look forward to the possibilities that it holds. I am sure that, like every other year, it will includes ups and downs - that's my condition, and quite simply, that's life. I certainly hope the downs of the upcoming year aren't as severe as those of the outgoing year. For my part, the best I can do is continue to value and take care of myself and those who love and support me, and to use continue to work to help others, paying it back or paying it forward, as so many have done for me over the years when I needed it most.

Promote Your Page Too